This is a continuation of Saucy Report Number 1:Lower East Side Standbys. Read Part 1 here. 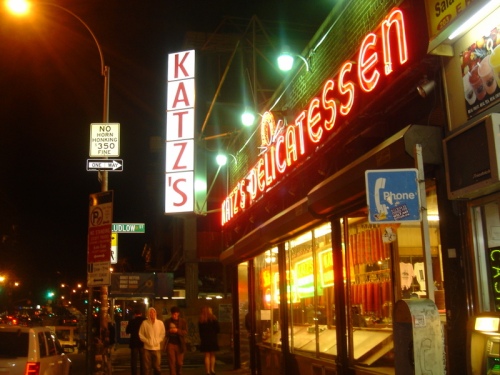 Between corn and knishes, we popped into McNally Robinson, a cool bookstore. We browsed a couple boutiques and music shops. Eventually, we came upon the Lower East Side Tenement Museum, another place Neil had recommended that I check out. In addition to being a bit of a museum nut, I really want to learn all I can about the city’s history. The LES is the first neighborhood I fell in love with here, so it’s a natural jumping off point for my Gotham Girl education.

Earlier in the day, Neil told me I had to get a copy of Low Life: Lures and Snares of Old New York, a social history of the LES by Luc Sante. When we were at the museum, they happened to have the book, so we got a copy. We watched a short film on the history of immigration laws in the city while we were there, and then went on our way. I will definitely go back to take the tour.

Something across the street from the museum caught Neil’s eye. It was Il Laboratorio del Gelato, a place I’ve wanted to visit since I first read about it in Gourmet magazine. I will say nothing of its mission or aesthetic except to link to its list of flavors. I believe that will tell you all you need to know. 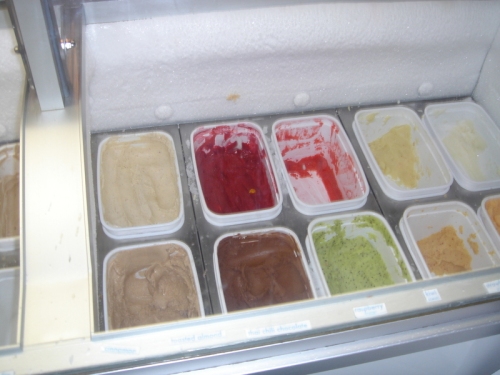 Neil chose a small cup of gelato with one scoop of the black sesame and one of the toasted almond. I had intended to try the honey lavender and mascarpone flavors, but those are only available through mail order. Instead, I went with the thai chili chocolate. My favorite chocolatier in NH, Swan Chocolates, makes little misfit truffles out of dark chocolate dusted with paprika and I always like to see how other foodies use those flavors.

Neil and I set out again, this time with our cups of gelato, through the streets of Little Italy and then back through Chinatown.

We dipped our tiny plastic spoons into the mounds of smooth gelato. Excited, we swapped spoonful(s) and compared notes on the flavors. The black sesame was the essence of the inside of a single sesame seed, stripped down and slapped on a blank canvas by itself. It was the singularity of it that was so aggressive. We agreed that it would make an elegant finish for a sushi dinner. The toasted almond was the gelato equivalent of vanilla smoke from a nice cigar combined with the bottom of a glass of amaretto. Delicious.

The thai chili chocolate flavor snuck up on me, though. It was sweet, alright. But then it kicked me in the back of the throat. I told Neil it was like a sweet new lover who you think is so nice and good when you first get together . . . and then you find out he is just mean and evil.

“What? You have to finish your sentence now.”

“Or, it’s like when you’re having this beautiful sexual experience and then it’s ruined by a finger in the butt.”

So, there you have it, folks. The thai chili chocolate flavor from Il Laboratorio del Gelato is like sex. With a finger in your butt.

I think my future in food writing is super bright.

By this time, we were back where we started. We wandered around the open air fish and produce markets on the streets of Chinatown for awhile longer before we went our separate ways. There are so many foods that are part of the Asian repertoire that I just can’t identify. Long, slimy, alive things. Round, prickly things. I can’t wait to find out what all that stuff is.

But that will have to wait until the next adventure. 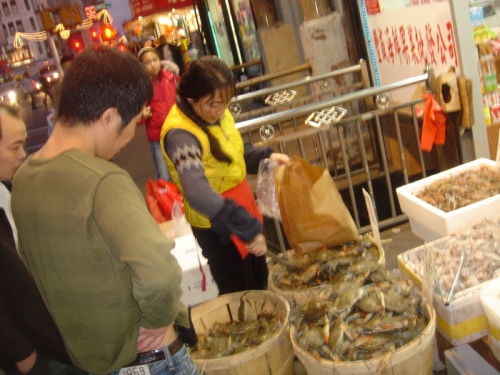 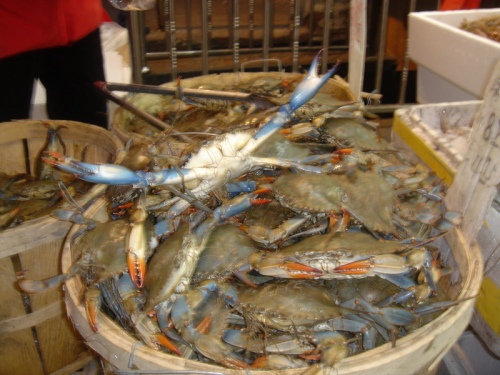