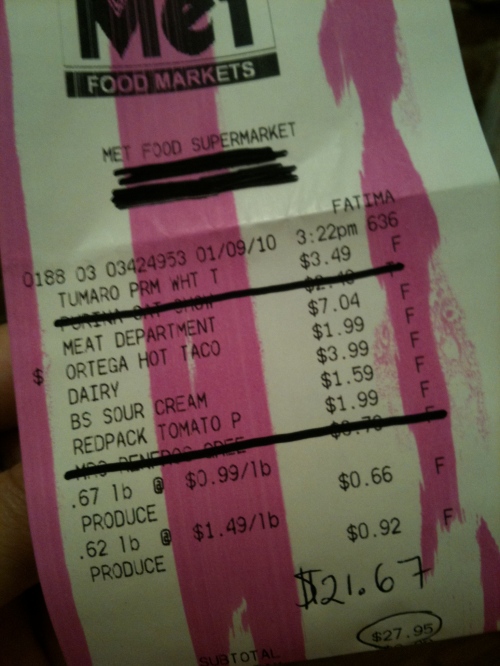 I was recently approached by the marketing folks behind Philadelphia Cream Cheese to test one of their recipes and blog about it. The recipe naturally calls for me to use their cream cheese along with other food products from their parent company’s family of brands.

I told a friend about it and she said something to the effect of “Ironic that you’re getting approached to write about pizza and cream cheese when your whole deal is exploring the most authentic foods ever.” She couldn’t have shone a brighter light on the reason for my hesitance.

I am biased against processed foods. That doesn’t mean I don’t ever eat them or preach to others about what they have to eat in their own homes. In my home, though, there are very rarely any processed food products. When I cook for myself, I also tend to avoid foods that include gluten (a wheat protein), which rules out just about every processed food. I don’t have an allergy or intolerance, I just find that I feel better and have more energy when my diet is heavy on proteins and produce. But I do love me some pasta, and will indulge from time to time.

One of my main goals in bringing people stories on my food site Mouth Of The Border is to show you how ethnic neighborhoods all over the city create healthy, delicious and endlessly exciting meals, usually doing so on less money than the average New Yorker spends on takeout food in a week. It’s also my goal to show you how to recreate those meal using items they can buy in your own grocery store (which is why testing this Philly Cream Cheese recipe is interesting for me).

That said, there are more people reading this site who don’t cook due to lack of time, not lack of money. Many of you won’t go to Chinatown and pick out fresh poultry and vegetables. You won’t come home and break down a chicken and marinate it and spend the balance of an afternoon chopping and julienning vegetables. You just won’t, no matter that it would only cost you $15 to feed a family of 6.

For you guys, you don’t mind cooking if you must, but the recipe better be quick and super easy.

As an experiment, and to prep for testing the Philly recipe, I wanted to see what I could get at the grocery store that would yield at least six servings for under $30.

One could use organic products to make this recipe more healthful. I didn’t. The only thing I looked at was the poultry. I chose hormone- and antibiotic-free chicken that had been “minimally processed” (which means very little in this country, but I was sticking to the budget).

It took about 20-25 minutes to put everything together. I poached the chicken breasts in water in the microwave while I let the onion and green peppers soften. I shredded the chicken, then added the meat and everything but the dairy products to the pan. Once everything was well-mixed and cooked through, I stirred in the sour cream and shredded cheddar (shredded it myself – blocks of cheese are almost always cheaper).

Below are some photos from putting dinner together. All the way at the end, I made you a video that shows you in under a minute how to make these enchiladas.

All the fixins (and nothing's fancy). 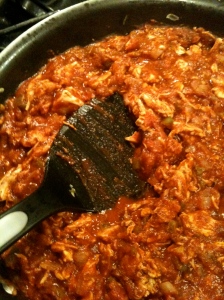 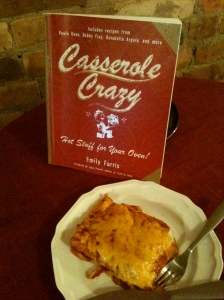 What are your thoughts on processed food? Do you think it’s better to cook at home, even using processed food products, than to eat out frequently?