The Rule of Thirds/A Memory, Photographic.

I have a photographic memory. It’s flawed, but remarkable nonetheless, at least to me. People ask me several times a week, “How did you know/remember that?” The answer is always because I saw it or read it once, somewhere – scrawled in the borders on the page of a book or driving by a billboard. I can’t remember birthdays unless I write down the date on my agenda or unless someone shows me their license – tying the letters of their name or their likeness to that important string of numbers.

I catalogue my life through photos. They are not a collection of emotionally moving images composed for the benefit of others, but a lock box for my own memory of where I was at a given moment or stage of my life. Without them, I can forget entire months of my own existence. I have a hard time remembering anything about college right now because my photo albums and journals are locked up and divided between a friend’s parents’ house in suburban Illinois and a self-storage unit in Chicago, where I left them during grad school.

I am fascinated by the shards of life one can capture between the F stop and the (increasingly digital) darkroom. If I thought I had any talent, I might have pursued a storytelling career in photojournalism instead of print and broadcast journalism. I work with a really cool group of people right now, and we take monthly field trips that have us roving among the paranormal in Portsmouth and the mundane in Manchester. A few months ago, we had a workshop with a local photographer and he patiently sat with us and answered all of our technical questions. He said one thing that stuck with me, and I’ve been trying to incorporate it into my photos ever since.

It’s the Rule of Thirds. Our photo guru for the day said the subject of the shot should occupy one-third of the space in the frame, while the remaining two-thirds should be filled with something else – whether it be white space, something complementary, something contradictory, etc.

It stuck with me because I live my life about as opposite of that Rule as one could possibly live. When something becomes important to me, I make it the center of my focus. I’m not one to make a long list of New Year’s resolutions, but one I’ve kept since I made it in 2002/2003 was “Care Deeply, or Not at All.”

Is there some white space in my life? Sure, but not much. I focus on dancing, writing, cooking and fucking . . . and that’s all I want right now. One shifts into focus while the rest blur around the edges. The shutter snaps, grabs what it wants for the memory picture book, and another area lurches forward, demanding that I hold my hands steady just for this one second.

I’m really excited because I’ll have a photo published for the first time in a couple of weeks. The day before my birthday, to be precise. (Actually, this isn’t true. I had a photo published while I lived in Chicago, but it was of another photo at an art exhibit, so to me it doesn’t count.) I have, without exaggeration, 15 or 20 stories to write for you (the ideas keep me up nights), but right now I’m just going to share with you visuals of how I think, remember and love.

If all the previous paragraphs make no sense, it’s because I got home late from another photography workshop tonight and I type too fast when I’m tired. I’ll do two more parts to this (1/3 is this one, 2/3 is “I take stupid photos,” and by the time we get to 3/3 it’ll be time for my 2006 Photo Essay). 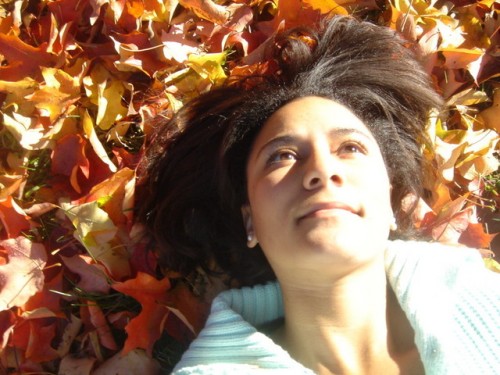 Splendor in the Grass: Me in my backyard. 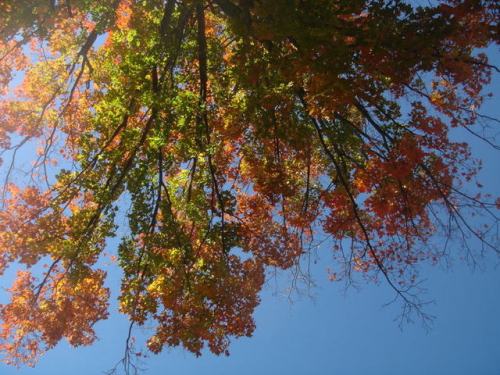 What I was looking up at. 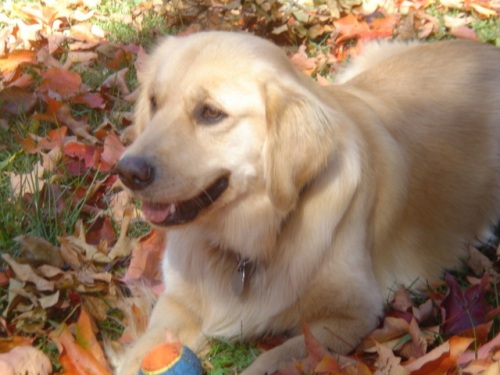 My neighbors' dog, Kula. She brings me joy. 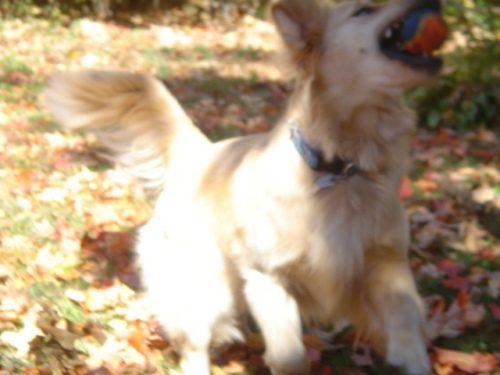 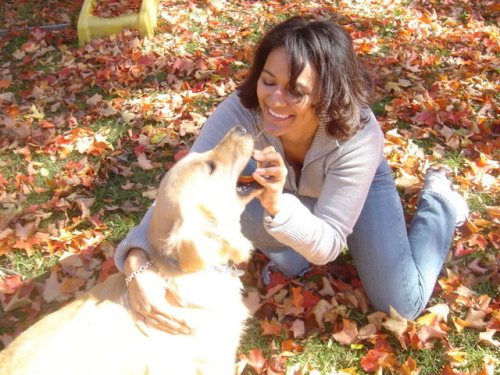 My neighbor took this one. 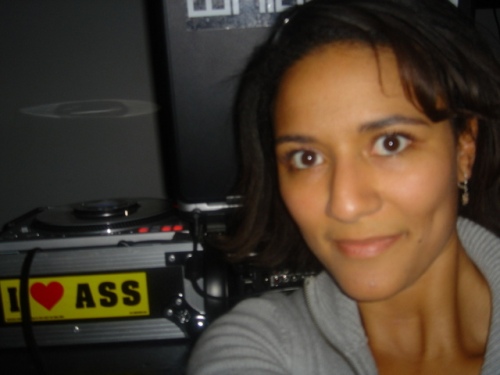 I was trying to photograph the bumper sticker above my head.

I didn’t see the ass sticker in the photo above until I looked at the pictures the next day. Drunk mistakes = great photos. 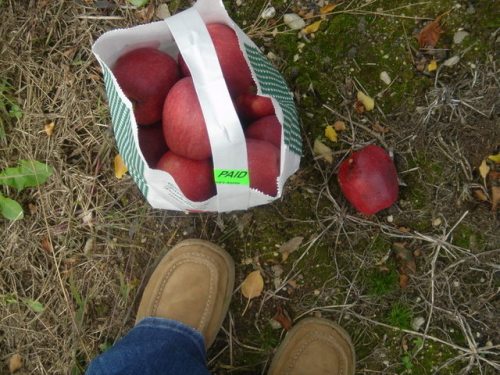 Apple picking. A completion, of sorts. 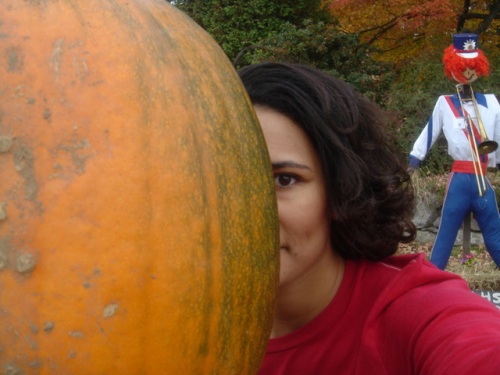 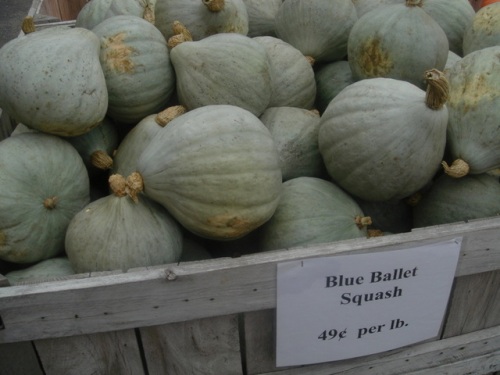 We grow more than apples here. 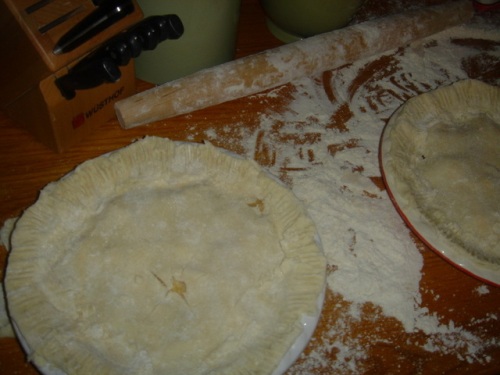 Making apple pies is like a Chinese New Year for me – I celebrate a fresh start independent of the rest of the world. This year, pie-making happened the same day my best friend had her first baby. 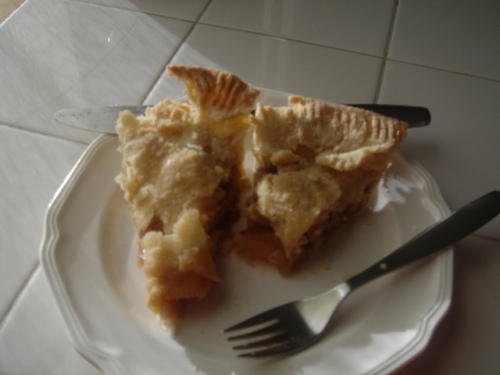 I’ve been trying to get a nighttime shot of this for my best friend’s husband, but I can’t get it right with the reflective material and the flash setting. I’ll keep trying, as I stifle my giggles. Just trying to hold my hands steady long enough to stop. 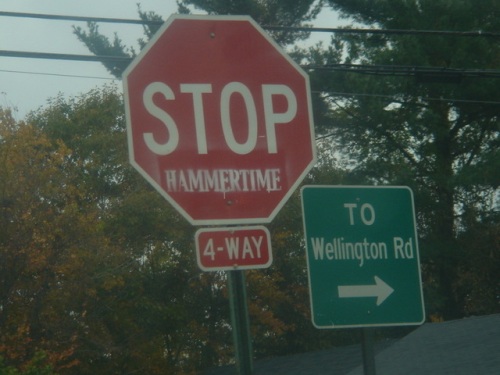